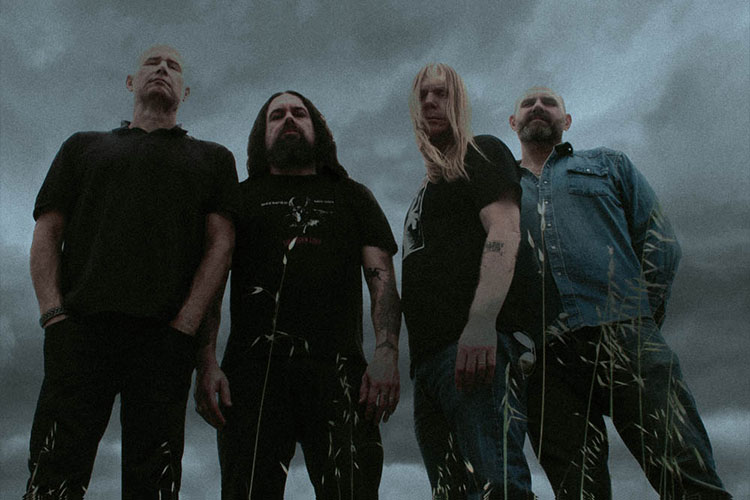 The third full-length studio album from Goatsnake- :”Black Age Blues” is an instant classic, with each one of the nine songs (11 on the 2xLp version) an anthem, and each of the four band members on top form. Everything is magnified, Pete Stahl’s vocals have never sounded so soulfully deep, the rhythm section comprised of Greg Rogers on drums and new bass player Scott Renner are the driving force on each track, and Greg Anderson’s riffs are heavier than ever before.

Appearing on the album intro ‘to Another River To Cross’ is acoustic guitar courtesy of David Pajo (Slint, Aerial M, Papa M), this track also contains previously released recordings from ‘The River’ by Goatsnake. Piano is played by Mathias Schneeberger and Petra Haden contributes violin and vocals. Another welcome addition to the album, across multiple tracks are brilliant soulful backing vocals by Dem Preacher’s Daughters – Wendy Moten, Gale Mayes and Andrea Merrit. There inclusion on the proceedings evokes a reverent gospel choir aesthetic that intuitively accentuates the heavy darkness laid down by the band.

Behind the controls is grammy award winning producer Nick Raskulinecz, who was responsible for the engineering and production of the last Goatsnake full-length album: Flower of Disease. Over the last 15+ years Nick has gone on to work with seminal artists such as Rush, Alice In Chains, Mastodon and Ghost. United again, he and the band are sure to serve a menacing cut of the time-honored, ultra-heavy rock they are infamous for.

Black Age Blues is familiar but nothing here is a repetition of what we’ve heard before, as Goatsnake continue to refine the time-honored dark-bluesy doom-rock that they are infamous for, surpassing even the highest of expectations.