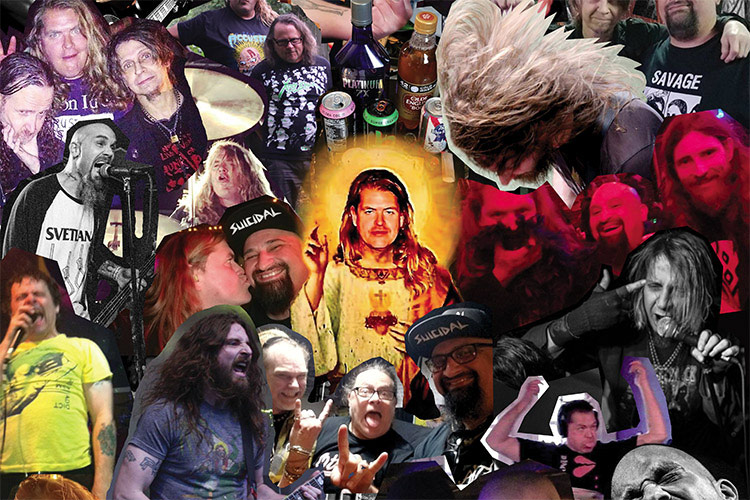 A perfectly appropriate title for this 7 inch EP of jack-hammering, oldschool style hardcore tunes released by Southern Lord, written and played by a rogues gallery of real deal music lifers as a condemnation of the criminal Trump administration and Republican party, in the same spirit of those by-gone days when Ronald Reagan or George Bush was the crooked, self-serving president of the crumbling United States empire. Never before has there been a more obvious target, as Donald Trump and his mafia family cabinet rape the country while Rome burns. D.E.A. is Tony Avila, Ian Watts, Nick Oliveri, Mike IX, Blaine Cook and the legendary and beloved, late producer and drummer of Poison Idea, Steve “Thee Slayer Hippy” Hanford. Dying shortly before the completion of this record, it stands as a final testament to his genius, one last hot-wired blast of his epic musical brilliance.