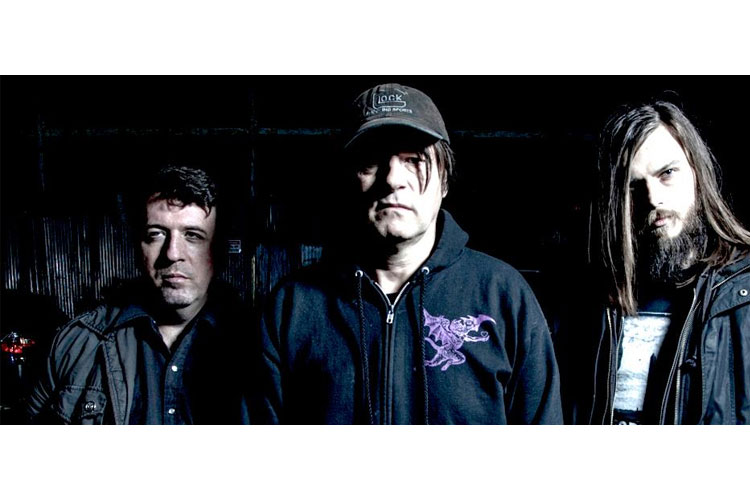 Southern Lord Recordings is beyond stoked to broadcast that influential, visionary metal act, TODAY IS THE DAY, has joined with the label’s roster for the release of their massively anticipated tenth studio album later this year.

Early this year, TODAY IS THE DAY’s newest lineup was announced, as the foundation of the then unnamed album was taking shape. Guitarist/vocalist Steve Austin welcomed Sean Conkling (Regression, Burn Your Halo, Sprawl) on bass. Since December and January Austin has been painstakingly layering guitars, vocals and more, and as the final sessions for TODAY IS THE DAY’s tenth studio full-length recording, the band happily unveils the name of the impending LP, as Animal Mother.

“Sometimes things just dial-in and align perfectly,” Steve Austin stated on signing with Southern Lord for the release of Animal Mother. Myself and TODAY IS THE DAY are extremely excited about working with Southern Lord Records and Greg Anderson. To me they have the right idea about the kind of music they release; heavy, real, experimental, integrity-driven music is what the label represents to me. TODAY IS THE DAY’s Animal Mother LP on Southern Lord in 2014… I don’t think I could ask for anything more!”

Added Southern Lord owner Greg Anderson on the union, “Southern Lord is deeply honored to be working with TODAY IS THE DAY. Steve Austin has been a long time force in the underground and we’re stoked to now be a small part of the TITD legacy.”

As per the album title, Austin offers, “Animal Mother means the embodiment of the prophetic gift of the shaman; it is the shaman’s visionary power, which is able to penetrate the past and future.” Early this year the frontman warned the public that the album is “a fifteen-song rampage of bloody carnage fueled by hate, love and vile, raw emotion,” continuing, “I feel it is my finest work to this date. It is the most complex and HEAVY record we have ever made. This is real — no bullshit Protools crap; just pure violent energy and real band songwriting in the middle of the woods in Maine. It lies somewhere between Temple of The Morning Star and In The Eyes of God, and Jeff’s playing is beyond incredible. I was determined to push the limits in complexity, musicianship, and creativity as far as we could and I feel we have put together a record that narrates the horror and pain that we have been living through.”

For two and-a-half decades TODAY IS THE DAY has woven Steve Austin’s prophetic observations and noise-soaked chaos through a psychedelic, unique and unmatched battery of heavy styles. The outfit has spawned an incredible discography, forging their way to the forefront of Amphetamine Reptile, Relapse, Blackmarket Activities and many others. The band has pillaged the planet touring with countless acts over the past twenty years, with just a brief list including Motörhead, Morbid Angel, Helmet, Neurosis, The Melvins, Napalm Death, Coalesce, Unsane and Eyehategod. Steve Austin has produced nearly all of TITD’s releases, as well as groundbreaking albums for Lamb Of God, Converge, Deadguy, From Ashes Rise, Anal Cunt, and many others. Austin is featured in the Color of Noise Documentary about Amphetamine Reptile Records, and is currently scoring several independent films.

Today Is The Day