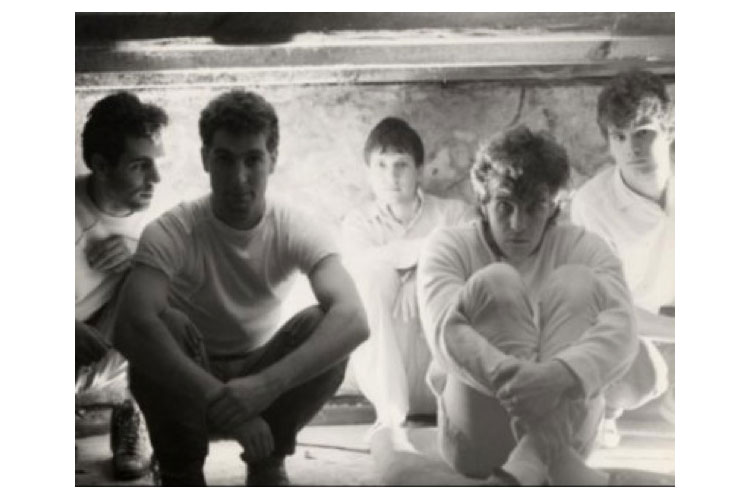 Southern Lord are extremely pleased to be reviving the music of Philadelphia’s lost punk heroes, Ruin. Long considered a treasured local delicacy of the city’s earlier hardcore scene, Ruin released two albums during their original run, 1984’s He-Ho and 1986’s Fiat Lux, both of which will be combined in for a vinyl release this December.

Set against the backdrop of a city destroying itself in slow motion, Ruin were of a Philly generation that had to create its own culture to push back against the despair and dead ends that they were confronted with. Their relative isolation is mirrored in the distance between Ruin’s muscular, turbo-garage jams and the rest of US punk/HC at the time – the band got it across not through violent speed and mania, but with body-shaking chunks of simpler punk that refused to fit in with the wider template. Labelled from their early days as a Buddhist hardcore band (though not strictly the truth), Ruin are an object of intrigue that have rewarded the curious since 1982, but getting your hands on either out of print He-Ho or Fiat Lux has never been an easy task. A recorded output that totals 28 tracks (including a couple of significant Leonard Cohen covers that were praised by the artist himself) will at last be available on a wider scale, including original scans of the detailed lyric sheets and inserts, as well as in depth retrospective notes that help to place Ruin in Philly and punk history.

Performing on candlelit stages all clad head to toe in white, Ruin aren’t a band to listen to if you want to hear another near identical iteration of a New York, LA or Midwest sound – they simply couldn’t be playing for any other reason than to satisfy themselves and realise their ideas. They rocked hard and loud but in their own method, and the heat and sweat of their playing emanates from the rich recordings.