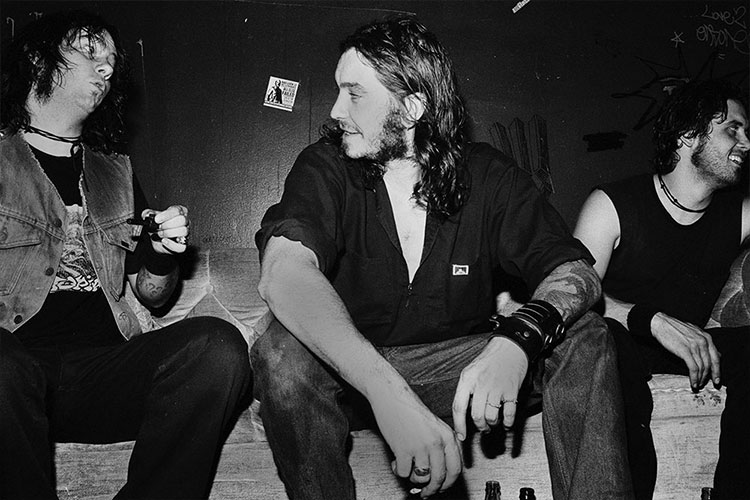 Cult metal favorite High On Fire was formed by former Sleep guitarist Matt Pike in late summer 1998. Berthed out of the need to simply play guitar again, Pike jammed with and settled on a line-up of powerhouse drummer Des Kensel and longtime guitarist friend George Rice, who made the switch to bass to round out the trio. They had scarcely been together for a few months before demo-ing three songs. That demo, featuring Master of Fists and instant classics 10,000 Years and Blood from Zion, became among the most sought-after tapes in the underground metal scene. High On Fire got straight to the point, bashing away with a neanderthal sense of purpose and creating hypnotic, droning waves of powerful riffs and low-end thunder of the likes not heard before.

Throughout 99’, High On Fire continued writing for their debut full-length. The band recorded their debut with Sleep engineer/producer Billy Anderson at Shark Bite Studios in Oakland, CA. The Art of Self Defense served up a rock hard, unorthodox form of modern metal cloaked in strange religious theology and the trio’s style was unique, distinct, HEAVY as all fuck and absolutely crushing. The album immediately became a cult classic and not even the the closure of the label that released the album (Mans’ Ruin) could stop the powerhouse that had been unleashed. Tee Pee records reissued the album in 2001 with 2 bonus tracks: Steel Shoes and a ripping cover of the Celtic Frost song, The Usurper.

In the wake of The Art of Self Defense, High On Fire signed to Relapse records and released what would ultimately be the last album with bassist George Rice entitled, Surrounded by Thieves. Over the next 10 years, the group tirelessly toured the globe and have gone on to be one of the most revered and successful metal bands there is. Rarely has metal been as powerful and pure in its ability to translate primal fury and aggression. They have burned the metal rulebook and forged a new archetype.

Hot on the heels of the restored and remastered reissue of Sleeps’ Dopesmoker album, Southern Lord strikes while the iron is blistering with another essential holy grail documentation. The Art of Self Defense, 2012 issue, was remastered by Brad Boatright who also helmed the remaster of Dopesmoker.