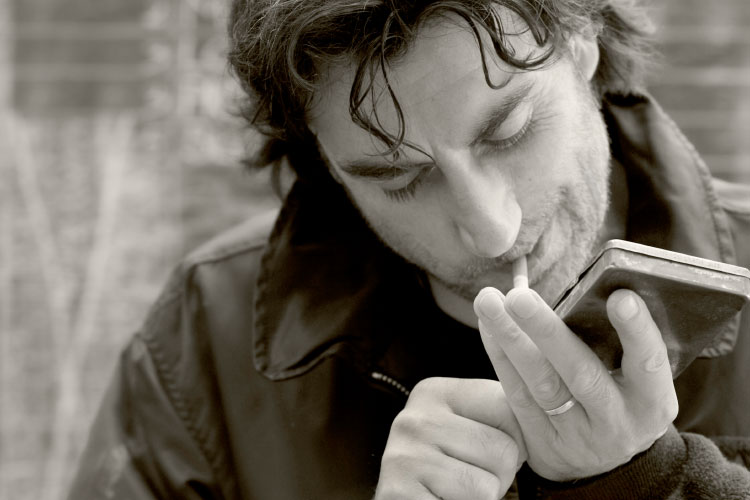 Born in 1962 in a post-war divided Germany, Caspar Brötzmann started out playing the piano, his main inspirations included, Hanns Eisler, singer Ernst Busch, his mother’s “Hausmusik” (German tradition where the family gathers to play their instruments together), and also by the roaring sounds of his father, virtuoso saxophonist giant Peter Brötzmann, aka “The Teutonic Axe“ – a key player in the European free jazz movement, Fluxus artist, and ideologically adamant communist.

Caspar lived in fear and awe of his strict father, and he took to the guitar knowing that Peter and his peers sneered at Americanised music, and especially electric guitars and the hard rock sounds that appealed to Caspar, the likes of Ritchie Blackmore, Jimmy Page, and Jimi Hendrix. The guitar became, Caspar says, “his shield against the unsettling world”. “It wasn’t about virtuosity” Caspar continues “rather the love of the instrument”.

Caspar didn’t have any formal training, but Hans Reichel – a family friend and an avant-garde guitarist who built his own instruments – showed him the ropes. Hans taught Caspar how to manipulate the workings and mechanics of the guitar. Caspar’s left-handed instrument is less of a nod to left-handed Hendrix and more of a technical improvement to Caspar’s own playing, allowing for a stronger low end, better access to the volume control, and the vibrato bar, all of which gives CBM’s music an unparalleled dynamic range.

Caspar Brötzmann Massaker’s music is resoundingly singular. Ultra heavy riffs and beats, ominous tribal chants and a raw physical force is conjured up by these three sinister and proud minds of their era. Their unhinged, unified stream of energy is captured on these remastered reissues and the results are thrilling.